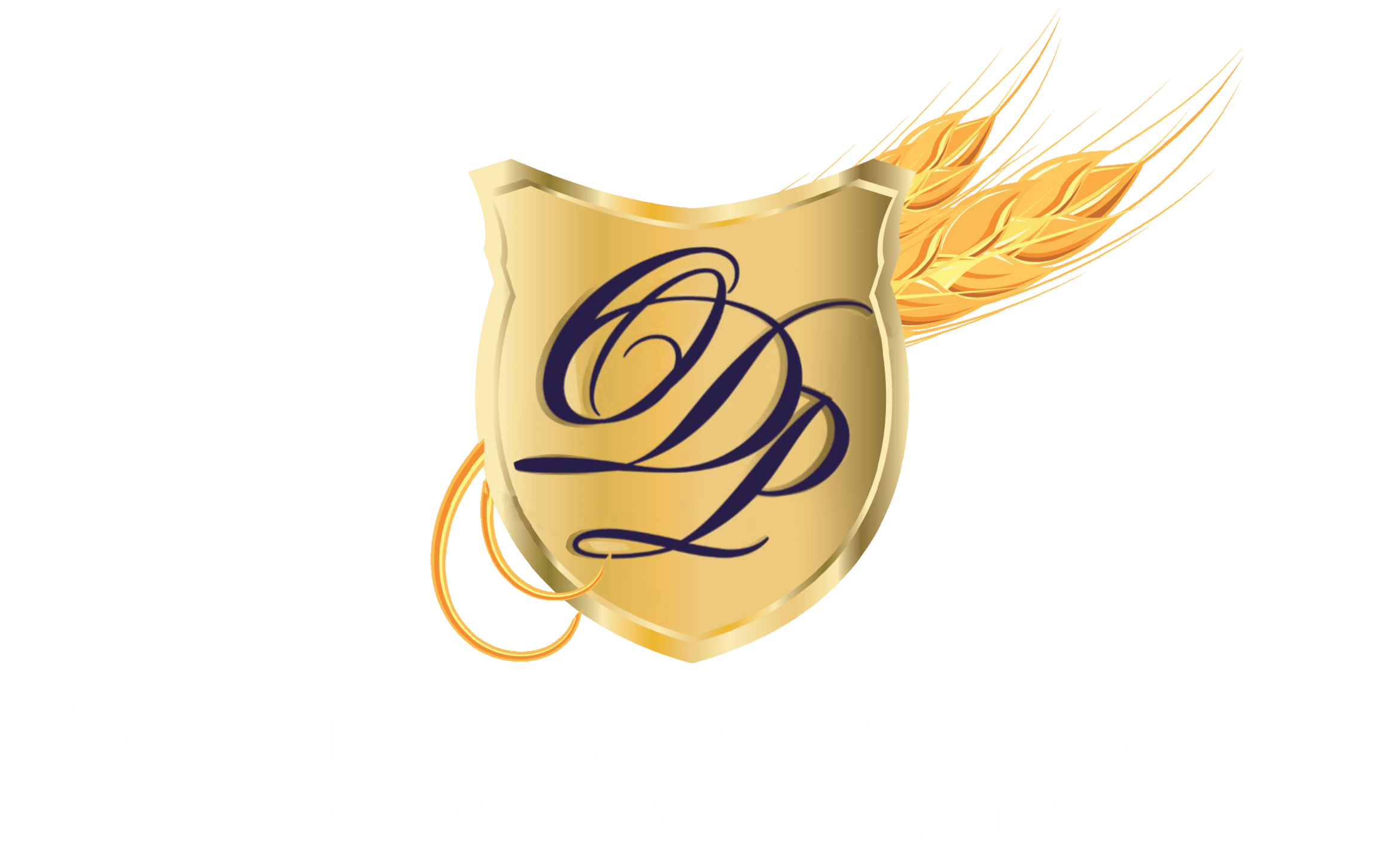 Cremation services Wickliffe, OH, are a somber subject. No one knows quite what to do immediately after a loved one dies. Your hit with a bunch of responsibilities at once. We understand this and want to make things easier for you. That’s why we created this post.

When your loved one dies, the first thing you need to do is try to stay calm. You’re going to be feeling a lot of things at once. You may not be able to stop yourself from feeling bad, after all your loved has passed away, but you can try to focus your thoughts. There are things that you need to do immediately.

Gather your thoughts. Depending on how your loved one died and what your relationship was, there may be things that you need to do. For example, you may need to contact other members of your family. That’s a task that can’t wait. You may also need to make arrangements in your own life, like taking time off work or school.

When you get a moment, try to control your breathing and start thinking about what you need to do. Speak with someone else if it helps. A friend who didn’t know the deceased may be clear-headed enough to give you useful advice.

Will your loved one’s remains be buried or cremated? This is something that you will need to decide almost immediately. There are many different considerations that go into this decision. Some of them are cultural. Others are practical. Ultimately, there’s no right answer. Only you and the rest of the deceased’s loved ones can decide.

If you decide to have your loved one cremated, you don’t have to host the cremation service on the same day. You have time to look about you and decide what needs to be done.

It’s tempting to slip into lethargy and not do anything. Your mind is still racing from the effect of the death. However, this isn’t the right strategy. You need to leap into action. Dealing with administrative tasks so soon after your loved one dies feels harsh. But there’s nothing you can do about this.

When you’re getting ready to plan your cremation service, focus on what really matters. If the small details are stressing you out, stop thinking about them. The only thing that really matters is that your loved one’s memory is honored and respected. All of the other details are just distractions.

Every funeral home has its own vibe. You need to find the one that works for you. Some are more formal, some have more overt religious leanings.

The dedicated team at Orlando-Donsante-Previte Funeral Home is prepared to handle your cremation services Wickliffe, OH needs. Call us at (440) 943-2466 or stop by 29550 Euclid Ave, Wickliffe, OH 44092. We can help you plan the memorial. You shouldn’t have to worry about small details when you’re trying to honor your loved one. You have too much on your mind.

You know that you need cremation services Willowick, OH. But do you know you’re going to announce the death the small children in the family? Death is a notoriously difficult subject to broach with little kids. If they’re very young, they don’t even know what death means.

You have to tread carefully. There’s going to be an instinct to try to palliate or make the event seem less terrible than it really is. Try to avoid this. It will only lead to greater confusion later on. It’s important to be perfectly clear from the beginning. The deceased is never going to come back.

Although you need to be frank and firm, you also need to use the right language. Using terms that the child doesn’t understand will only frighten them and lead to more confusion later on. Say simply “the person is dead.” That’s better than using terms like “passed away” or “moved on.”

Be prepared for the child to exhibit confusing emotions. It’s wouldn’t be unusual for a child to not react to the news at all and simply go back to playing. It also wouldn’t be strange if the child became distraught and needed to be comforted. Because children don’t really understand death, you can’t put much stock into their reactions.

There’s no minimum age to have this conversation. If the child is old enough to understand words and someone in their circle dies, they should be told what happened. Don’t minimize anything.

The conversation should be held in a neutral, non-threatening environment. Otherwise, the child might feel nervous. The closer the child was to the deceased, the more care that you’re going to have to use break the news. If the deceased was the child’s parent, for example, the news might be devastating.

Death is unavoidable, even for children. It’s an ugly part of the world that you wish you could shield them from but it’s impossible. If their brush with death comes early in life, it’s just something that you’ll have to deal with. Life isn’t always ideal.

The conversation won’t be easy but after you get it over with you’ll know what to do next. Depending on your child’s reactions, you can plan what needs to happen next. It could be that therapy is the right option for your family. It could be that your child will need to have more personal conversations with you for them to truly grasp the concept.

Even though you’re dealing with your own grief at the same time, you’ll have to try to hide it out. There’s no other way to move forward. If you seem destroyed, your child will be affected as well.

When you need cremation services Willowick, OH, it’s time to plan a visit to Orlando-Donsante-Previte Funeral Home. We’re located at 29550 Euclid Ave, Wickliffe, OH, 44092. If you have any questions that can be answered by our staff, please call us at (440) 943-2466. We would love to put your mind at ease.

You should think about hiring a funeral director when you start visiting funeral homes Willowick, OH. When you work with someone who you can trust, it makes the entire process easier. You’re never going to enjoy planning a funeral. It’s impossible. However, there are things that you can do to make the process less unbearable.

If you hire someone to worry about the small details, you don’t have to spend as much time doing so yourself. That means you can focus on other, more important things. Your time has value.

When you speak with your funeral director, you should outline a plan of action. What are you going to do moving forward? What kind of service do you want? Once they know your intention, they should be able to act on your behalf.

It’s easy for funeral expenses to swell out of control. There are many things going on and all you know is that you want to pay your respects to your loved one. It would be easy for someone to convince you to spend way more than you wanted to. Working with a professional eliminated this problem. Your funeral director will able to explain what you actually need to create your vision. You should work out a budget beforehand. It will be easier to stick to this way.

A memorial service should please as many mourners as possible. The entire goal of the event is to throw light on the life of the deceased. How he or she lived, what they did with themselves. How they died. The perfect service is desired by everyone but it’s very hard to plan. A funeral director has the experience to plan the ideal memorial service for your needs. Working with a real, dedicated team gives you the best chance of having an enjoyable service.

Perhaps the biggest benefit of hiring a professional funeral director is the overall ease that it grants you. You get to be more comfortable because there are fewer things for you to worry about. There’s a certain level of stress that can’t be avoided. Someone died. That causes pain and you can’t get rid of that pain completely no matter what you do. However, if the rest of the conditions of your life are comfortable, you don’t have to feel as bad.

A funeral director works with you during a very special time in your life. It may never happen again that you have to plan the funeral of a loved one. If it does happen again, you may decide to work with a funeral director yet again. Death doesn’t become easier to deal with the more you confront

The funeral directors at Orlando-Donsante-Previte Funeral Home can help with your funeral homes Willowick, OH. We’re conveniently located at 29550 Euclid Ave, Wickliffe, OH, 44092. Our phone number is (440) 943-2466. You likely have many questions that you need to be answered. Your loved one just died and you don’t know what to do next. A conversation with our staff can help clear your head.

If you’re searching for funeral homes Wickliffe, OH, it means you’re dealing with death. Someone who you care about passed away. Or perhaps you don’t know the deceased. Perhaps you’re only seeing the effects of grief in someone else. If you’re in that situation, you might be wondering if there’s anything you can say or do that will make the person feel better.

Below, we’ve compiled a list of ideas you can try.

Just saying that you’re sorry for someone’s loss might be enough to express your sympathy. The words can sound empty because they’re uttered so often. Yet, the reason why they’re said so often is that they’re not pointless. The right words have a soothing touch. And the definition of the “right” words is very fluid.

Say what comes from the heart. It doesn’t matter if you stutter or get confused. Your friend will appreciate your concern. The key is to be genuine.

In many cultures, it’s common for people to bring food to the family of the deceased. Having to worry about cooking when you’re stressed out and grieving is really tough. That’s why people bring food. To make life easier for the other mourners.

It doesn’t matter what kind of food you bring. Sandwiches, bagels, treats, etc. If you know the family has allergies or cultural restrictions, you should try to follow them.

Flowers are a universal symbol. When you send flowers to the closest family members of the deceased, it tells them that you’re thinking of them. Flowers look pretty and they give off a sweet scent. Many people comforted just by looking at nice flowers.

If you’re not sure what kind of flowers to send, ask the florist. They’ll know what to do. A basic bouquet is appropriate.

Sometimes, people just want space when their grieving. They want to know that you care about them but they don’t want to be around people all of the time. They want to be free to cry or scream or whatever is necessary. The best gift that you can give is privacy. It’s a luxury that people don’t have access to all the time.

If there are people who need space, there are also people who want the opposite. They need extra love and attention when they’re grieving. If you can provide that for them, it would be a huge benefit.

You no longer have to worry about what to do after someone dies. Expressing your sympathy is your biggest concern. Your friend or loved one is going through something terrible. They’ve lost someone who they care about. It’s the toughest thing anyone can go through. Only time makes it better.

Visit Orlando-Donsante-Previte Funeral Home after your loved one dies. You need to make the rounds of funeral homes Wickliffe, OH. You can visit us by stopping by our 29550 Euclid Ave Wickliffe, OH 44092 location. Please call (440) 943-2466 if you have any questions.